A SIMILAR TASTE IN BOOKS, My Latest Regency comedy

I love books, I love libraries and I love Regencies. I've combined all three in my first self-published book,  A Similar Taste in Books, a sweet regency romance novelette.

I wrote A Similar Taste in Books as a standalone to see what all the self-publishing fuss was about. But thanks to an author friend who suggested I continue the story, I've decided to make it the first book in the series Love and the Library. There will be three more novelettes (which I have yet to write) detailing the romantic journeys of the Book 1 hero's three friends as each finds his lady at the library.

I almost used Love and the Library as the title of the first book. Good thing I didn't.

A Similar Taste in Books, Book 1 of Love and the Library

Pride and Prejudice has always brought lovers together, even in the Regency.

Justin has a deep, dark secret—he likes that most despised form of literature, the novel. His favorite novel is Pride and Prejudice, and, especially, Miss Elizabeth Bennet. Intelligent, lively, fiercely loyal Miss Elizabeth. How he would love to meet a lady like her.

Clara’s favorite novel is Pride and Prejudice and Mr. Fitzwilliam Darcy. Intelligent, steadfast and willing to admit when he is wrong. Can such a splendid man exist? And can she find him?

One day in the library, they both check out copies of their favorite book. When Justin bumps into Clara, the magic of their similar taste in books just might make their wishes come true.


With a curt nod to the officious clerk, Justin gathered up his package and stepped back. He collided with the person next in the queue. “I beg your par—”

Before him stood the loveliest lady he had ever seen. She was short and willowy, her dark pink muslin walking dress emphasizing every slender curve. Deep brown curls peeped from the sides of a gauzy matching pink bonnet to frame an oval face. Her skin was creamy, her nose straight and proud.

Miss Elizabeth Bennet! The lady of his dreams! His jaw sagged.

“No harm done, sir.” The vision lifted a shapely dark eyebrow. “If I may reach the clerk?” Merry chocolate-colored eyes twinkled up at him and sweet rosy lips dimpled in an amused arch of a grin. A whiff of lilac perfume, delicate as the lady, wafted toward him.

He snapped his mouth shut with an audible click. “Oh, sorry.” Damn him for gaping like the veriest fool. Hugging his package to his chest, he stumbled away from the young lady and the plainly dressed woman, most likely her maid, who stood beside her. The maid flashed a grin as if she knew every one of his admiring thoughts.

He bumped into the table by the counter, and pain lanced through his elbow. Cradling his bundle with one arm while rubbing his throbbing forearm, he pretended to study the list of new books on the table, but kept his gaze fixed on the young lady. She was exactly as he had imagined Miss Elizabeth Bennet.

Who was she? And how could he make her acquaintance?

Thank you all,
Linda
Posted by Linda Banche at 8:01 AM No comments:

Email ThisBlogThis!Share to TwitterShare to FacebookShare to Pinterest
Labels: A Similar Taste in Books, Linda Banche, Love and the Library, Pride and Prejudice, Regency romance

Linda Banche here. My guest today is Christy English and her How to Tame a Willful Wife, an updating of Shakespeare's The Taming of the Shrew to Regency England. Here she tells us about her heroine's take on the strictures placed on Regency women, and the connections between Shakespeare's England and the Regency.

Leave a comment with your email address for a chance to win the copy of How to Tame a Willful Wife which Sourcebooks has generously provided. Christy will select the winner. Check the comments to see who won, and how to contact me to claim your book. If I cannot contact the winner within a week of selection, I will award the book to an alternate. Note, Sourcebooks can mail to USA and Canada addresses only.

And the winner is catslady! Congratulations, catslady, and thanks to all who came over. 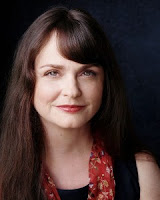 1. What was proper behavior for women in Regency England, and how doesn't Caroline fit?

Women in Regency England were tied to the men in their lives by chains of adamant. Though widows could and did inherit money on the deaths of their husbands, they were also given guardians to oversee their finances and their lives, as well as the lives of their children.

Caroline Montague, the heroine of my novel, HOW TO TAME A WILLFUL WIFE, is aware of the limits placed on her existence. She just prefers to ignore them.

While she agrees to marry as her father bids her, her acquiescence to an arranged marriage does not change how she chooses to live her life. Raised by her father’s veterans as much as her own parents, Caroline has spent the years of her girlhood learning to fence, to ride astride her war horse, Hercules, to shoot with a bow and to defend herself by throwing knives. Not one of these occupations, save archery, was acceptable for women during the Regency, and her husband begins the long, slow process of taming her, i.e. bringing her back into the fold of what is proper for a lady, and for a countess in the year 1816.

As the story continues, the romance between Anthony and Caroline blossoms, and they learn, in fits and starts, how to live together as equals. Any sense of equality between an earl and his wife would have been considered ludicrous in the Regency period, but fortunately, I am writing for the modern world, where we are all still striving for the ideal of equality.

2. Why did you update Shakespeare to Regency England? What are the connections between the two eras?

Shakespeare’s work lives and breathes in any age, and many of the themes explored in The Taming of the Shrew, such as power within marriage and who wields it, were as relevant during the Regency period as during the Renaissance.

On paper during both time periods, the man held the power in any relationship. But the human factor must be brought into account, the fact that all men did not wield their legal authority like a sledge hammer, but instead worked to find ways in which they and their wives could live together in harmony, if not equality.

Unlike Katherine and Petrucchio in Shakespeare’s play, Anthony and Caroline find ways of living and working together that do not include starving her into submission. Though Shrew is a comedy and meant to be taken as such, Petrucchio does keep his wife from sleeping and eating for days at a time in order to make her obey him, indeed, to force her to conclude that whatever he says is true, including whether the sun is the moon, simply because he says it is.

Anthony and Caroline never fall into this level of conflict. Though Anthony strives to make Caroline obey him, he never resorts to the measures Petrucchio adopts in Shrew. Though a husband had complete authority over his wife in both Renaissance England and Regency England, the world had become a bit more enlightened along the lines of gender by 1816. There was certainly more social pressure, if not legal pressure, to treat a woman as a human being. As we move from Shakespearean England into the Regency, we see that socially, things are getting better for women, though it will take another hundred years and more before the legalities catch up.

HOW TO TAME A WILLFUL WIFE by CHRISTY ENGLISH

How To Tame A Willful Wife:

Anthony Carrington, Earl of Ravensbrook, expects a biddable bride. A man of fiery passion tempted by the rigors of war into steely self-control, he demands obedience from his troops and his future wife. Regardless of how fetching she looks in breeches.

Promised to the Earl of Plump Pockets by her impoverished father, Caroline Montague is no simpering miss. She rides a war stallion named Hercules, fights with a blade, and can best most men with both bow and rifle. She finds Anthony autocratic, domineering, and...ridiculously handsome.

It's a duel of wit and wills in this charming retelling of The Taming of the Shrew. But the question is...who's taming whom?

ABOUT THE AUTHOR
After years of acting in Shakespeare’s plays, Christy English is excited to bring the Bard to Regency England in How to Tame a Willful Wife , a re-telling of The Taming of the Shrew. Connect with her at http://www.christyenglish.com/ and https://twitter.com/ChristyEnglish

Photo of lady embroidering from the movie Emma