Linda Banche here. My guest today is Jane Ashford and her Regency historical, Once Again a Bride. Marriage figures prominently in the book, and here she tells us about what the heroine had to contend with in her marriage.

Leave a comment with your email address for a chance to win the copy of Once Again a Bride which Sourcebooks has generously provided. Jane will select the winner. Check the comments to see who won, and how to contact me to claim your book. If I cannot contact the winner within a week of selection, I will award the book to an alternate. Note, Sourcebooks can mail to USA and Canada addresses only.

And the winner is Joye! Congratulations, Joye, and thanks to all for coming over. 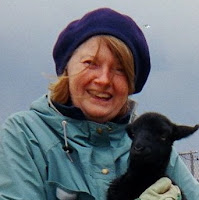 Today, many of us take a host of legal rights for granted. We just assume that married women can own property, administer bank accounts, sign binding contracts. If they want to take someone to court to fight an injustice, they can. If they want to file for divorce, difficult at that may be emotionally, there’s no legal impediment. It’s a no brainer.

The situation was quite different in Regency England. Married women then had next to no legal rights. As soon as she married, a woman's existence was incorporated into that of her husband, giving her the status of a feme covert (English spelling of a medieval Anglo-Norman phrase meaning "covered woman"). She became, essentially, a non-person in the eyes of the law. As the legal authority Blackstone put it, “the very being or legal existence of the woman is suspended.” Her husband gained control of all her property and income, including any future earnings she might make. She couldn’t get an education without her husband’s permission, and he could even prevent her from seeing their children. It was hardly a compensation that she couldn’t be sued (except in conjunction with her husband) and that any debts she ran up were his obligations. (As recently as 1972, two U.S. states allowed a wife to plead “obeying her husband's orders” as a defense in criminal court.)


Of course individual cases varied greatly in those past times. There were kind, liberal husbands, and wives who had great influence over their mates’ decisions. Many families tried to safeguard their daughters' property rights and futures by creating written bonds or settlements, a prenup of sorts. But in the absence of such a document, if a husband wanted to tyrannize, there was nothing stopping him.


This is what happened to the heroine of my recent historical Once Again a Bride. Charlotte Rutherford Wylde was married off by her father to keep her safe. Aware of his failing mental faculties and general health, he wanted to ensure her future. But his judgment was more affected by his illness than he realized, and he picked a disasterous husband in Henry Wylde. Charlotte, loving her father and wanting to believe he’s still the strong, wise figure who has taken such care of her all her life, accepts his choice.

And so, at the age of nineteen, she’s married, and trapped. The aged Henry Wylde has no interest in Charlotte herself. He only wants her money, and he gets it all. Dowry, inheritance when her father dies soon after the wedding, everything. It’s his to spend, and he has no obligation even to tell Charlotte how he’s doing that (wasting it all on bogus antiquities). Charlotte has no recourse. She can’t even complain. Henry is acting completely within the law.


When Henry is killed in the dark London streets, Charlotte discovers that she’s practically penniless. So even though she regains some legal rights as a feme sole, she has no resources. But through determination and an ardent desire to recapture the light and joy of life, she finally earns her HEA ending.

ONCE AGAIN A BRIDE BY JANE ASHFORD – IN STORES FEBRUARY 2013

She couldn’t be more alone…
Widowhood has freed Charlotte Wylde from a demoralizing and miserable marriage. But when her husband’s intriguing nephew and heir arrives to take over the estate, Charlotte discovers she’s unsafe in her own home… Alec Wylde was shocked by his uncle’s untimely death, and even more shocked to encounter his uncle’s beautiful young widow. Now clouds of suspicion are gathering, and charges of murder hover over Charlotte’s head.


He could be her only hope…or her next victim…

Jane Ashford discovered Georgette Heyer in junior high school and was captivated by the glittering world and witty language of Regency England. That delight led her to study English literature and travel widely in Britain and Europe. Jane’s historical and contemporary romances have been published all over the world, and she has been nominated for a Career Achievement Award by RT Book Reviews. Eighteen of her Regency romances will be published by Sourcebooks in the near future! Born in Ohio, Jane currently lives in Boston. For more information, please visit www.janeashford.com and her Facebook Page.

To Purchase Once Again a Bride:

Thank you for the chance to win!

Very interesting column. Please enter me for a chase to win.

We love our regency romances, but we often neglect the reality behind the pretty clothes and titles. The past is not the present, and we would do well to remember that.

Enjoyed reading the comments. I am always looking for new authors to read. You write the kinds of books i like to read and this one sounds really good.
Thanks for the giveaway.
JWIsley(at)aol(dot)com

Is this contest still on? Thanks for the chance.

People love music and me as well because it makes us entertain but we need to be aware about the music law.