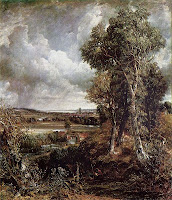 “Everybody talks about the weather, but nobody does anything about it.”

Whether or not this quote is accurate, and there’s some doubt about its validity, the weather confounds us all.

Love it or hate it, the weather is always with us. My latest Regency comedy novella, An Inheritance for the Birds, is set in England. Rainy, chilly England. Cold, damp England.

England's climate is both colder and warmer than that of the United States. The warm Gulf Stream crosses the Atlantic from North America to brush the southern and western coasts of the island, creating milder weather than in New England, where I live. Palm trees grow in Cornwall, England’s southwestern most county. According to Jen Black ( author of Fair Border Bride), who lives in Northumberland, the palm trees are in protected areas. But I think that any palm tree that can survive outdoors at 50 degrees North latitude is doing pretty good.

Snow is rare in England, especially in the south, as are blazing hot temperatures. In 1818 London, according to the Royal Society’s Meteorological Journal, the temperature range for the year was 24 degrees F to 80 degrees F. Compare that to the Boston Massachusetts range of 6 F to 103 F from February 2011 to January 2012.

The summer of 1818 was not pleasant in London. The River Thames, which for all practical purposes was an open sewer, reeked more than usual. The streets, full of horses and their manure as well as other effluvia from man and beast, reeked as well. With no air-conditioning, deodorants or running water, the people, dressed in their year-round woolens, did, too. The ever-present pall of coal smoke from thousands of chimneys added to the miasma.

eritance for the Birds, my hero, Kit, abides in noxious London when he receives the letter from his late great aunt's solicitor informing him of a possible inheritance. In order to win her estate in Somersetshire, he must compete with her former companion. Their task: Make her pet ducks happy.

Idiotic the contest may be, but the prospect of a sizeable inheritance is enough to make him accept. Another lure is the trip to the country, where, although the temperatures may not be lower, at least the air will be cleaner.

An Inheritance for the Birds, available from The Wild Rose Press, Amazon, Barnes and Noble, All Romance Ebooks and other places where ebooks are sold.

The painting is The Vale of Dedham (1828) by John Constable

Leave a comment with your email address for a chance to win the copy of A Lady's Revenge which Sourcebooks has generously provided. Tracey will select the winner. Check the comments to see who won, and how to contact me to claim your book. If I cannot contact the winner within a week of selection, I will award the book to an alternate. Note, Sourcebooks can mail to USA and Canada addresses only.

And the winner Tracey selected is Mel K! Congratulations, Mel K, and thanks to all who came over.

First off, a big thanks to Historical Hussies for having me today here today!

Cora deBeau’s journey to becoming the Raven, England’s most valuable spy, began at the inconceivable age of ten. The year she witnessed her parents’ brutal murders. That fact alone, though, wasn’t enough to propel her into a life of intrigue and loneliness.

A deeper motivation drove her to greater, almost obsessive, lengths to track down a murderer. What, you ask? Oh, I cannot share, for the answer would spoil one of the suspense elements of the story. J 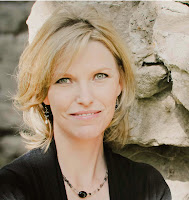 What I can tell you is how Cora gained her special skills for becoming a British secret service agent. Cora grew up in an interesting family. The deBeaus traveled all over the world, exposing a young Cora to many different cultures and philosophies. But the most significant impact on Cora’s future vocation was the fact that her father led an elite group of international spies known as the Nexus. The Alien Office housed this secret division within the walls of the Foreign Office. Now some of you might be aware that the Alien Office was actually under the auspice of the Home Office, but my special group of spies took their direction from the Foreign Office. Fiction’s great, isn’t it? Thankfully, I found a reference in Elizabeth Sparrow’s Secret Service: British Agents in France, 1792-1815 that the Foreign Secretary appointed the Superintendent of Aliens, so my scenario isn’t outside the realm of possibility.

Pardon my digression—I love talking about a great reference book! Given Cora’s father’s access to intelligence, he believed there to be a looming threat of civil revolution in England, similar to what had occurred in France. To give Cora, her brother Ethan, and their friend Guy the best chance at survival—should the worst happen—he taught them how to pick pockets, gather intelligence, and self-defense tactics. Cora’s father never counted on his pupils’ aptitude for nefarious pursuits. What began as a means to ensure their safety wound end up securing them a s 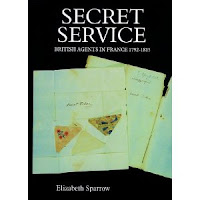 pot with the Nexus.

Especially Cora. Her specialized training provided her with a means of avenging her parents’ murders. Something she desperately desired, even knowing her course would prevent her from ever taking her rightful place in society. For nine years, every decision she made, every task she mastered, and every sacrifice she endured had but one focus—find the killer.

Until the eve of her first mission, when her childhood friend and comrade in nefarious pursuits became her one regret. During her last summer in England, Cora began noticing small things about Guy Trevelyan, like the magnificent length of his ebony eyelashes, the adorable dimple in his right cheek, and the fine hairs that peppered the backs of his hands. Her newfound awareness made her feel awkward and guilty around him. Guy was her friend, a brother to her in so many ways. But her preoccupation grew and her admiring gaze had drifted from small things to intimate things like the breadth of his shoulders, the musculature of his thighs, and the beauty of his angular face. Her friend had become her living hell. He kept her insides in a quivering knot and her easy quips would lodge in the back of her throat with just one of his teasing winks.

When she started imagining all her days spent in his company and when her lifelong quest began to fade, Cora set off for France, leaving Guy behind. Distance and distraction, she hoped they would be enough to rid her of the unbearable longing Guy stirred in her heart.

She hoped in vain.

So now you know how my Regency lady became a notorious spy. J

Have you ever run away? Even for an hour? What can you tell me about spies in the Regency period?

BRIEF SUMMARY OF A LADY’S REVENGE:

A British agent flees her French captor’s torturous dungeon and falls in love with the decoder responsible for her imprisonment.

British agent Cora deBeau has spent the last three years seducing secrets from the most hardened of French spies while searching for her parents’ killer. When her latest assignment goes awry, she suffers at the hands of her French captor until Guy Trevelyan, the Earl of Helsford and master cryptographer, saves her during a daring rescue. Scarred and wary of men, Cora shies away from the one man who could heal her savaged heart.

After rescuing Cora from a French dungeon, Guy discovers it was one of his deciphered messages that led to her captivity. Guy strives to earn her forgiveness while outwitting their enemy. But will he find the scars on her wounded soul run too deep?

An Illinois native, Tracey spends her evenings harassing her once-in-a-lifetime husband and her weekends torturing her characters. For more information on Tracey, including her Internet haunts, contest updates, and details on her upcoming novels, please visit her website at: 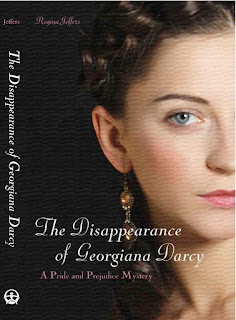 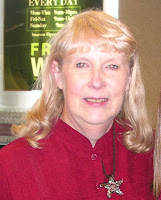 Bio
Regina Jeffers, an English teacher for thirty-nine years, considers herself a Jane Austen enthusiast. She is the author of 13 novels, including Darcy’s Passions, Darcy’s Temptation, The Phantom of Pemberley, Christmas at Pemberley, The Scandal of Lady Eleanor, A Touch of Velvet, and A Touch of Cashémere. A Time Warner Star Teacher and Martha Holden Jennings Scholar, as well as a Smithsonian presenter, Jeffers often serves as a media literacy consultant. She resides outside of Charlotte, NC, where she spends time teaching her new grandson the joys of being a child.
Posted by Donna Hatch at 12:01 AM 7 comments: