Fashion trends have been ongoing since the beginning of time and one of the more interesting ones in the 18th century was the Macaroni. 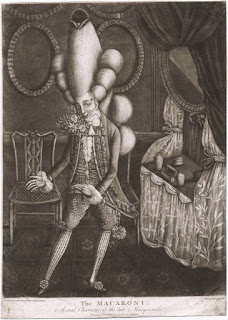 Young men of the aristocracy or wealthy families in 18th and 19th centuries, very often took a Grand Tour of Europe. One of the major countries they visited was Italy where they made the acquaintance of Italian fashion and cuisine. They brought these proclivities back to England with them and the fashion excesses of the “macaronis” as they were dubbed for this Italian connection, became an extreme fashion statement. 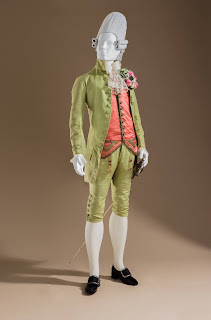 The style of the macaroni favored short, tight jackets and trousers in bright colors, jewelry or ornamentation, care of the complexion and often use of paint or cosmetics, and the use of a towering wig with side curls and a tiny hat. 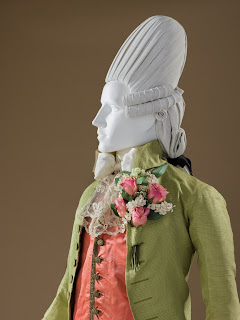 They were ridiculed by many during the time and caricaturists had a field day with them, but others applauded them for pursuing a personal identity in an age when such sensibilities were just beginning to emerge. They instituted several Macaroni clubs, which did champion the arts such as music, painting, sculpture, and theatre by offering medals and prizes to artists, although eventually they devolved to simply pursuing the sartorial splendors of the time. 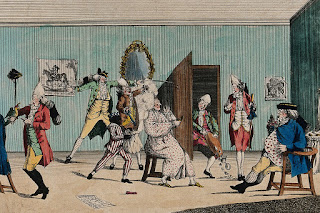 Because of their extravagant dress that often came across as effeminate, the macaroni style soon came to be associated with a homosexual lifestyle, to the point the macaronis almost became synonymous with what was labeled “the vice.” This ostentatious style flourished from around 1760 until the turn of the century when it died out in favor of the more conservative and masculine dress for men. In my newly released historical romance, Only Pleasure Will Do, a minor character is a macaroni, of whom one character tells his dancing partner, “He does stand out in a crowd. I fear you won’t be able to lose him even if you try.” 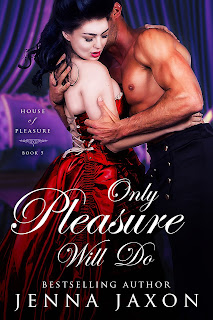 Only Pleasure Will Do is currently available on Amazon and Smashwords. Sources used: “Macaroni and Sexuality in the 18th Century” in Brewminate. Ribeiro, Aileen. “Meet the Macaronis.” History Today, July 31, 2019.
Posted by Jenna at 12:30 AM No comments: