I was lucky enough to spend almost a year in Yorkshire back in my younger days, and I blame Disney for that. Due to having seen The Horsemasters at a young age (I think I was nine), I wanted to go to

England to a riding school. The Yorkshire Riding School outside Harrogate gave me my BHSAI (that's British Horse Society Assistant Instructor) certificate, and then I went on to live with a family, training a couple of hunters (horses for fox hunting, not folks with shotguns) and a carriage horse. But I think part of my fondness for Yorkshire also goes back to a grandmother who came from Sheffield.

Yorkshire became the setting for my first Regency romance--A Compromising Situation--both due to my familiarity with the region and it's romantic setting. There are the moors in the north, wild and harsh lands used in Wuthering Heights (and did you know that wuthering is a variant of whithering and comes from the Old Norse for strong wind--there's a strong Viking influence in Yorkshire). There are the vales with their green fields and stone walls and dottings of sheep. There are ruins everywhere, some of them dating back to well before the Normans even arrived, others the result of Henry VIII's dissolution of the abbeys. Yorkshire is the land of Robbin Hood--yes, I know, legend puts him in Nottingham, but Yorkshire historians say he was really a Barnsdale man from the area  between South and West Yorkshire near Doncaster. Yorkshire has always loved its rebels.

The area has seen its share of battles, both with Vikings for control of the land, and later when the north chose not to submit to William I and the Normans, and then on through the War of the Roses and even more uprisings. Castles rose and fell--do did great houses. 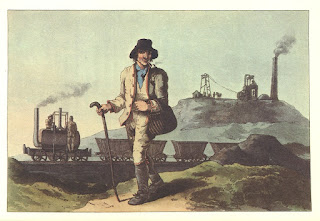 In the 1800s, Yorkshire was at the center of the Industrial Revolution, with manufacturing springing up in Manchester, Sheffield and Leeds. And, of course, revolution brought trouble in the Luddites who objected to the loss of income and jobs as machines replaced workers. 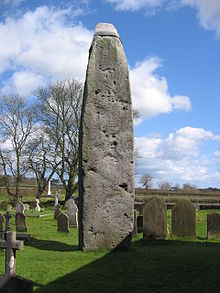 The rich history of Yorkshire is in its houses, ruins, and even its land. You literally cannot step foot anywhere without being someplace where the history is close by. From the winding streets of York, to the rugged coastlines, to the now quiet battlefields. Folks are still digging up Roman relics, or even earlier tools and barrows that date back much further.

And those who hale from Yorkshire are a hardy lot, used to the cold winters and a rather hard life. The dialect can be hard to follow, and a bit bloody-minded (the saying is that a Yorkshireman is a Scotsman with all the generosity squeezed out):


'Ear all, see all, say nowt;
Eyt all, sup all, pay nowt;
And if ivver tha does owt fer nowt –
Allus do it fer thissen.

The translation for those not used to the Yorkshire dialect is: 'Hear all, see all, say nothing; Eat all, drink all, pay nothing; And if ever you do anything for nothing – always do it for yourself.'

But where would we be without Yorkshire pudding, and Terry's of York and the other chocolate companies that grew up in this area, and Wensleydale cheese, a cheese as delightful to say as it is to eat. There is also Betty's, one of the best tea room's in England, in York, Harrogate and other locations, which has been a tea house since 1919.) 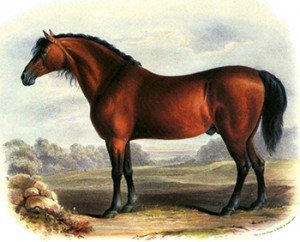 Yorkshire also gives us the coach horse, the Cleveland Bay (from the Vale of Cleveland), the Great North Road (you have to go through Yorkshire to elope to Scotland), and some of the most beautiful of England's Great Houses--Castle Howard, Harewood House, and Barley Hall. And Yorkshire lays claim to many ghosts and things that do more than bump in the night, ranging from monks to lost Roman legions. And Yorkshire is a land where the folk tales seem to be close to those who live here, and the old ways are still observed. Perhaps it's because so much of the language also dates back to ancient times, to the Vikings who settled here.

In the Regency, Harrogate was a place to go to 'take the waters.' It was both a social scene for those not wanting the expense or bustle of London (or even Bath), but who wished good company and a touch of a more elegant era, for Harrogate had reached its most popular time in the Georgian era. And that is perhaps the real attraction of Yorkshire--the blend of old and new, which existed in the Regency era and and still exists. It's a place where it is easy to transport yourself back in time.

An odd Christmas custom that dates back centuries is telling scary ghost stories. Have you noticed in the popular Christmas Song, "The Most Wonderful Time of the Year" the verse that says: "Tales of the glories and scary ghost stories of Christmases long, long ago" and wondered over it?

Telling ghost stories is an age-old tradition that many claim cropped up in the Victorian Era, including the traditional Christmas story, A Christmas Carol. However, this custom dates farther back than that.

Washington Irving penned a novel in 1819 called  The Sketch Book of Geoffrey Crayon, Gent. The hero in the story visits friends in an English country house during Christmas season in a section entitled Old Christmas. While visiting Bracebridge Hall, our hero basks in the hospitality of the squire and a traditional English Christmas, which includes telling scary "winter tales." Winter tales have long included tales of ghosts, witches, monsters, and other creatures of darkness.

In A Natural History of Ghosts: 500 Years of Hunting for Proof the author, Roger Clarke, tells of a popular story claiming that shepherds saw ghostly civil war soldiers battling in the skies just before Christmas 1642.

Even earlier,  the Bard, William Shakespeare penned a collection of scary stories entitled Winter Tales." This romance weaves a tale of tangled identities and apparent death and revival. This suggests that telling weird or bizarre stories whilst gathered around a winter's evening fire was a wide-spread tradition long before the Bard's time.

A predecessor of Shakespeare, Christopher Marlowe wrote a play entitled The Jew of Malta  in 1589 in which a character Barnabus states:


Now I remember those old women's words,
Who in my wealth would tell me winter's tales,
And speak of spirits and ghosts that glide by night 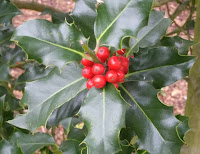 However, I’m happy that telling ghost stories, except for watching the movie or reading the book, A Christmas Carol, is no longer a major part of American Christmas customs. Can you imagine getting a child to bed who is both excited about presents and frightened of ghosts? Now that is scary! 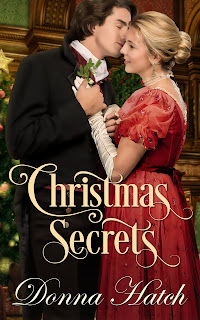 Still, this practice of telling ghost stories is a plot point that works well for my Christmas novel, A Christmas Secret.

Holly has two Christmas wishes this year; to finally earn her mother’s approval by gaining the notice of a handsome earl with an impeccable reputation, and learn the identity of the stranger who gave her a heart-shattering kiss…even if that stranger is the resident Christmas ghost.

Christmas Secrets released November 9, 2017 and you can download it and read it instantly here
on Kindle!

Posted by Donna Hatch at 9:45 AM No comments: