Although medicine and surgical procedures throughout history have been fascinating to me, I recently needed to do research for my current WIP on trepanation, or the surgical art of cutting a hole in a patient’s head. 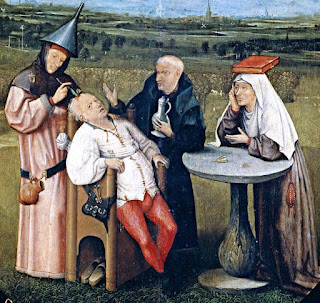 Trepanation is, in fact, the surgical operation in which a hole or holes are cut into the skull either to relieve pressure from what we would call a subdural hematoma, or it would be used to relieve pressure caused by a depressed skull fracture. Another major reason for using trepanation as a therapeutic treatment was to allow the blood to flow out before it became bad. It was used to help release bad humors, and to relieve headaches. The procedure itself goes back to ancient cultures: Greek, Roman, Chinese, Incan. Indeed, evidence of trepanned skulls dates back to the Paleolithic period. It is unknown if the operation was primarily performed as therapeutic treatment or religious ritual. What is known that even in the prehistoric operations, some patients survived and survived for years. 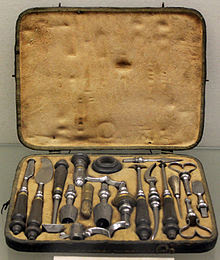 By the 18th century, trepanning was done regularly. A doctor’s kit included a case for his trepanning tools. Methods for trepanation included cutting or scraping the skull with obsidian knives or flints in the earliest days, or a curved metal knife. A second method included scraping the skull with a piece of glass. The third consisted of cutting a circular groove and the resulting disc of bone was lifted out. A fourth method used the trephine, a circular saw that was hollow with a toothed lower edge that cut a smooth circle and allowed a disc to be removed. In a final method, a series of small holes were drilled in a circle, then a saw used to cut the pieces separating the holes and the piece of skull lifted free. Most trepanations were performed at home and by the 18th century likely had some form of anesthesia (such as laudanum or opium, or 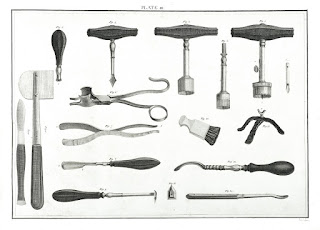 in some cases whisky) was administered prior to the procedure. There was a high mortality rate, due to rampant infection, but some patients did indeed survive. 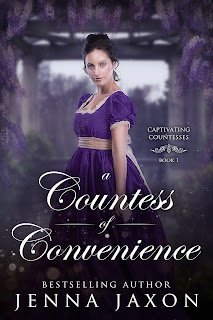 The heroine in my upcoming romance novel, A Countess of Convenience, must undergo a trepanation (not described in the book) in order to relieve intercranial pressure that had left her in a comatose state for months. She survives, but her condition has some medical liabilities she must overcome throughout the book. If you’d like to take a look, there’s an excerpt in my digital chapter book, A Return to Life free on Smashwords (.99 on Amazon) and A Countess of Convenience is on pre-order on Amazon.
Posted by Jenna at 12:00 AM 1 comment: