The Year Without A Summer by Jenna Jaxon

Inspired in part by the frigid temperatures a lot of the country is experiencing right now, I thought I’d tell you how in 1816, parts of North America and Europe, especially England, experienced one of the coldest years on record. The weather was so consistently cold 1816 became known as the Year Without A Summer.

It started the year before, in April 1815, on the other side of the world. Mount Tambora, in Indonesia, exploded in the largest volcanic eruption 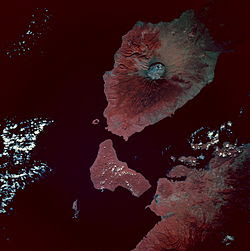 ever known. Over the course of two weeks, the volcano spewed millions of tons of ash, dust, and sulfur dioxide, killing the inhabitants nearest the blast. In addition, the material and gasses shot into the atmosphere and blanketed the Earth in a “volcanic winter” thoroughly enough to change the world’s climate by 3 degrees for a short period of time. This eruption was worse than the eruptions of either Krakatoa or Mount Vesuvius. 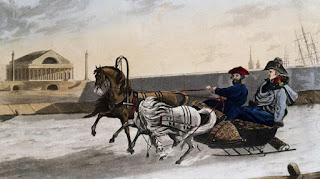 People on the other side of the world had no idea of Tambora’s eruption, however, by early 1816, the particles and gasses had drifted far enough to blanket a section of Northern America and England. They began to notice that instead of the days getting warmer, they were staying cold and odd phenomenon, such as tornadoes and earthquakes, were occurring near London. In June snow was reported on the summit of Mount Helvellyn in the Lake District, and July and August were reportedly colder and rainier than usual. 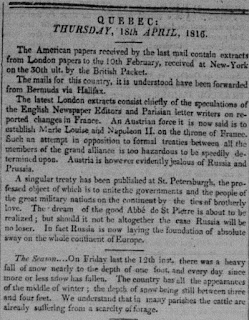 These cooler than usual temperatures led to failed crops, famine, and wide-spread disease. More food had to be imported and those who could not afford the rise in prices starved. People with constitutions weakened by hunger were ripe targets for disease. A major cholera outbreak in England has been blamed on the cold temperatures.

Other interesting events have also been attributed to the cold summer of 1816. With the lack of food for people came a loss of food for horses, such as oats, as well. To compensate for the lack of horses no longer kept, the invention of an early prototype of a bicycle came about. The summer of 1816 also may have had a hand in causing Mary Shelley to write her classic novel, Frankenstein. She and a group of friends fled the dreary conditions in England, only to end up holed up in a Swiss chateau by the cold and rain. They decided to all write ghost stories and the rest is, as they say, history.

I came upon the notion of a “year without a summer” when I was researching To Woo A Wicked Widow, the first book my upcoming series, The Widows’ Club. The series begins in June 1816, one year after the Battle of Waterloo had widowed so many women. In June 1816 these women, the heroines of my series, were just coming out of their mourning period, so I was researching the year, and when one character holds a house party in the country, I had to check on the weather for that time of year as well. To my surprise, I had to change the timeline of the novel slightly to accommodate the later ripening and poorer quality of crops that year as a Harvest Festival figures prominently in my story.

After about three years the particles of dust and ash settled back to ground and the sulfur dioxide dissipated, resulting in the rather speedy return to the normal climate of England.