The Regency period had very strict decorum for women, especially regarding behavior. There were rules that applied to unmarried girls, to betrothed women, to married women, and to women who were widowed. Let’s look at some of the strict codes of behavior widows would have had to abide by once they became widows. 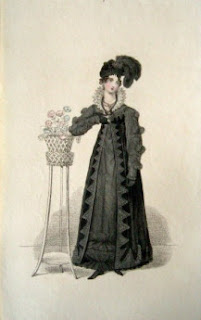 A widow would not usually attend the funeral of her husband. This custom began because emotional outbursts were frowned upon during the Regency. Neither men nor women were supposed to show emotion in public. Therefore, since many women feared they would not be able to restrain their tears at the ceremony--hence shaming both themselves and their families--many chose not to attend. Records show that some women did attend the funerals, but the majority did not.

Widows could not marry for a year after they were widowed. The period of mourning a husband’s death was one year, both to show proper respect for him and to make sure there was no child forthcoming as a possible heir. If she remarried quickly, then discovered she was pregnant, it could muddy the waters about who was the father of the child. It also would have created a scandal that she might not have recovered from socially.

During her mourning period, a widow had to wear black for the first six months. Clothing made of crepe was common—a cloth with no 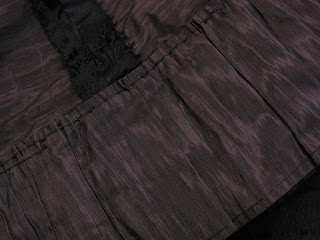 sheen. Bombazine was also popular as it was also dull. The only jewelry she could wear was onyx, amber, black enamel, or jet and that sparingly. She also refrained from any appearances in public other than those absolutely necessary or church. After six months, the widow moved on to half-mourning and somewhat lighter but dull colored clothing—gray, lilac, purple, and lavender. Now she could also wear pearl, diamond, and jewelry fashioned from the hair of the deceased. She might also attend small, informal gatherings at the homes of friends or relations.

Once a widow’s mourning period had ended, she could resume her social life if she so chose. Many widows, truly grieving their late 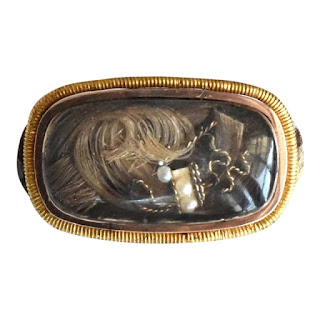 spouse, never remarried. Some chose not to marry for financial reasons. If her jointure was sufficient, she might enjoy her independent status and remain single for the rest of her life.

The strict moral code impressed on innocent, unmarried girls was thus somewhat relaxed for widows. As long as they were discrete, 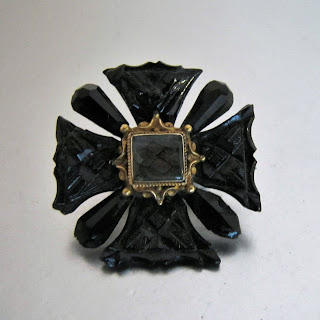 they might engage in close friendships with a gentleman or conduct illicit affairs without seriously jeopardizing their reputations. The key was keeping such goings on out of the public eye.

The widows in my Widows’ Club series tend to forget that particular admonishment. If you’re interested in second chance romances, my widows are eager—a bit too eager, perhaps—to get back on the marriage market. If only they weren’t so scandalous in doing so! If you’d like to check them out, you’ll find Charlotte, Elizabeth, Fanny, and Georgie’s stories on sale during the month of May! Try Amazon for four passionate tales of women who want to love again.