The Ayahs of London

How many of us have read and/or watched either The Secret Garden or A Little Princess? Both are about young British girls who grew up in India and were brought back to England/the United States.
In one scene where she's told to get dressed, Mary Lennox admits she's never done it herself since her ayah always dressed her. As a kid, I kinda picked up that an ayah was a servant, but I didn't understand that ayahs were Indian nursemaids. I'm not entirely sure what happened to Mary's ayah, but I'm assuming that she either died in the same epidemic as Mary's parents, or she decided to stay in India.

Sara Crewe most likely had an ayah as well (I don't remember any mention of one), but since she was headed off to boarding school, she didn't need one. 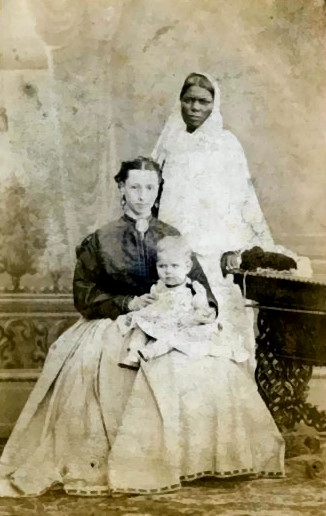 In both of these instances, their families didn't bring their ayah back to England with them, but it was surprisingly common for British families to bring their servants, especially ayahs, with them. "As travelling nannies [ayahs] formed the most valuable adjunct to the whole life style of the Raj between Britain and India. Essential for the memsahib's [an upper-class white woman] household in India, they were considered indispensable for the long voyage home -- either the trusted family ayah or an experienced travelling ayah. Once on board, the ayah took complete charge of the children, the baggage, and the memsahib. Good ayahs were not only meant to be clean, honest and trustworthy with children, but capable as nurses and excellent sailors too." (Visram p 29)

Unfortunately, many of the ayahs were abandoned once the family reached England. Left without money, resources, and frequently with little English-language skills, these ayahs would try to find new employment either in England or on a return trip back to India. Theoretically, their previous employers had already paid for their return tickets when they paid a small fee to bring them in the first place, but often the ayahs didn't have access to that ticket or the money from the fee.

While waiting, they would live in "squalid lodging houses" that were overcrowded and sparsely furnished. Records show that it wasn't uncommon for a lodging home to have anywhere from 20 to 60 women living in the same home at the same time. And these were the ones fortunate enough to pay the 16 shillings/week's rent. Others had to resort to begging.

There were several half-hearted (and a smattering of more sincere) attempts throughout the mid-19th century by various societies and the East India Company to improve conditions for these ayahs. 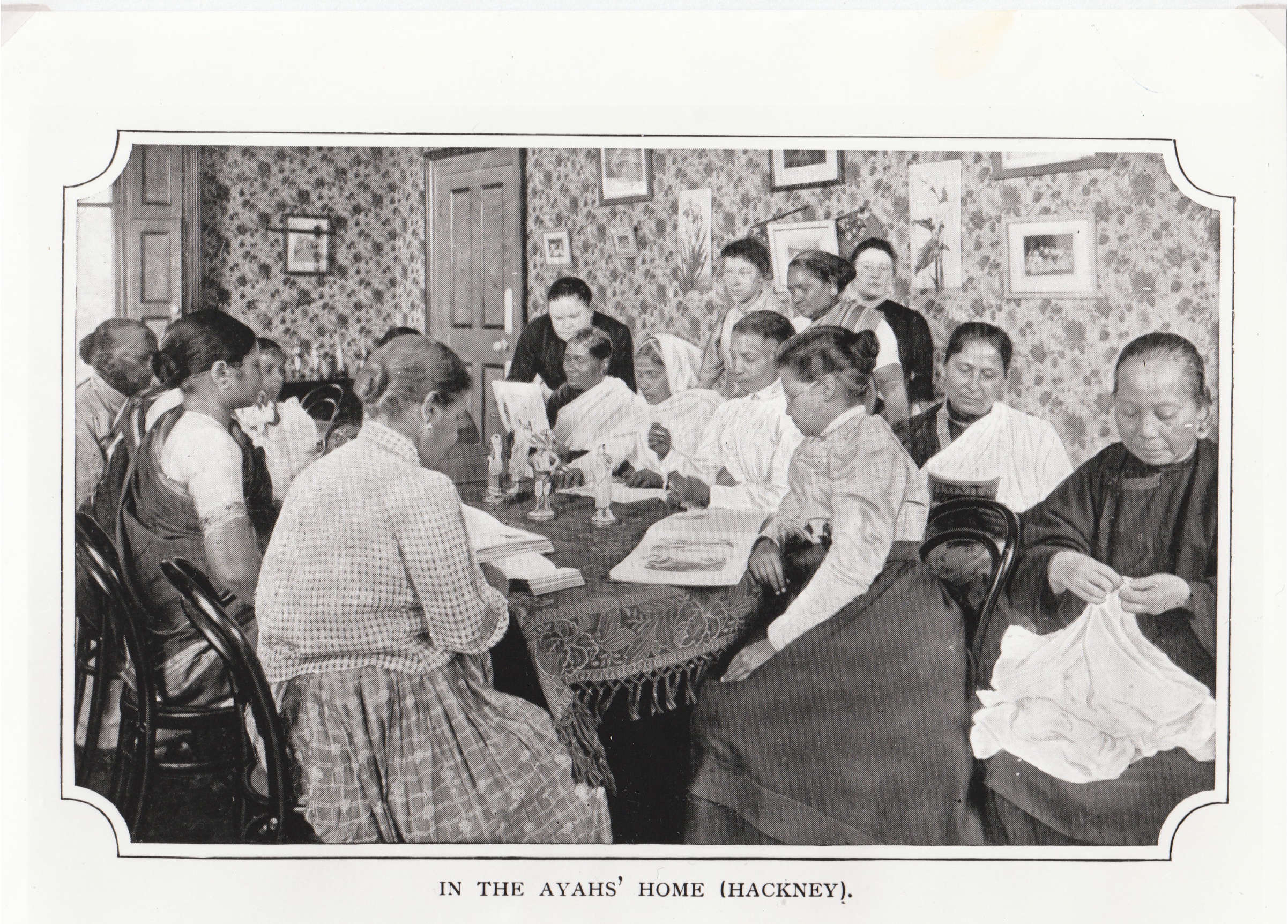 One such effort was the Ayahs' Home in London. It's unclear exactly when the Ayahs'  Home started (one record indicates it was as early as 1825) but there definitely was one established in 1891 at 6 Jewry St, Aldgate in East London. Initially the Home was run by a committee of volunteer women. In 1900, the London City Mission took over and moved the Home to King Edward's Road. Its mission remained the same: to provide refuge and find return employment for abandoned Indian ayahs and Chinese amahs.

The Home would usually receive the return tickets from employers who no longer wanted to employ their ayah and then sell the tickets to families looking to hire an ayah for trips back to India. They would then use the funds from the sale to pay for the ayahs' room and board until they returned. Of course, when the London City Mission took over running the Home, they used it as an opportunity to convert the ayahs to Christianity. While it wasn't an ideal solution, it was more effective than most to help these women.