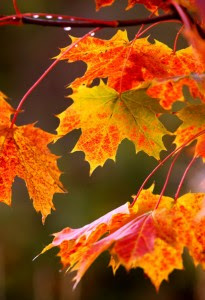 September 22, 2012 was officially the first day of Autumn, or "Fall" as we Americans call it.

Long ago, when the air cooled and the leaves turned gorgeous shades of gold, red and burgundy, people did more than don sweaters and switch their clothing to darker colors.

In the Northern Hemisphere, the first day of autumn or fall is officially the day when the Sun crosses the celestial equator moving southward on September 22nd or 23rd.  This day is called the Autumnal Equinox which is Latin for  "equal night" when the days and nights are almost exactly twelve hours long.

The full moon nearest to the Autumn Equinox is called the Harvest Moon. Historically, farmers harvested their crops by then and had a harvest celebration.

One Mabon Celtic ritual was dressing the last sheaf of corn harvested in fine clothes, or weaving it into a wicker-like man or woman. Apparently, they believed the sun was trapped in the corn and needed to be set free. So they  burned it and spread the ashes  on their fields.

Mabon is also known as the Feast of Avalon, derived from the meaning of 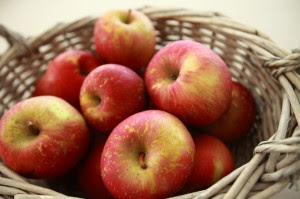 Avalon being, 'the land of the apples'.  It also traditional at Mabon to honor the dead by placing apples on burial cairns as a symbolism of rebirth. It was also a way for the living to anticipate being reunited with their loved ones who had passed on.

Many people often associate autumn with melancholy, and facing the end of the liveliness of summer and the beginning of the bleakness of winter. Grey skies cause many people to retreat, both physically and mentally. Autumn is the time of year when the celebrated English poet, John Keats, wrote his most acclaimed poem, "To Autumn" which has a distinctly melancholy beauty.

The ancient Celtics used this time to reflect on the past year as well as celebrate nature's bounty by  having a feast and a celebration. I imagine those were the roots for the Thanksgiving feast we Americans we celebrate. 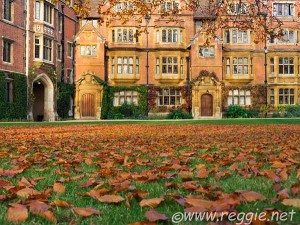 Since Autumn or fall is when the torrid heat finally cools where I live in southwestern Arizona in the U.S., I welcome the seasonal change with open arms. Although we don't get the gorgeous color autumn is famous for having, I gaze wistfully and pictures of places that do.

Is there any fun personal or family tradition you do during autumn?
Posted by Donna Hatch at 12:30 AM No comments:

Why I Read Historical Fiction

In a recent survey, 80% of people who called themselves avid readers listed historical novels as one of their top 3 favorite types of books to read. I wasn’t really surprised, since historical fiction, especially historical romance fiction, is my favorite genre. But it got me thinking; why the broad appeal?

First, historical novels provide a fantastic escape. When life gets stressful, the first thing I want to do is pick up a book. When I read a historical novel, I am transported to another place and time, to a setting so completely different from my reality, that it feels like a vacation without the hassle and expense of travel. Immersing myself into someone else’s life and seeing them triumph over all gives me a lift that lasts long after I close the book. Total escapism can and does happen with modern-day novels, but the less the book contains about present-day issues, the better an escape it provides. Plus, historical fiction lends itself to lovelier, more lyrical writing that modern day or futuristic novels often lack.

Second, historical novels appeal to the closet history buff. Most authors pride themselves on careful research—myself included—so we put a great deal of effort into getting our facts straight. I know an attorney who loves learning about the Napoleonic Wars and has an entire wall in his library devoted to books—both fiction and nonfiction—about that particular war. I have other friends who adore Jane Austen era novels, so they devour any books set in the Jane Austen Era or the Regency Era. As a Regency romance author, I continue to extensively research English history, particularly the early 1800’s, so I can create a virtual trip through time. Having my facts straight is not just a pretty backdrop for my stories; the manners and mores of society helped shape people who lived in that time, both those who embraced customs of the time, and those who challenged them.

Third, historical novels help teach others about a particular time in history.

TO READ THE REST OF THIS ARTICLE, PLEASE VISIT MY NEW BLOG AT http://donnahatch.com/historical-fiction-my-favorite-escape/
Posted by Donna Hatch at 12:45 PM 3 comments: