During the 18th and 19th century, London’s slums were commonly referred to as rookeries. These areas were synonymous with overcrowded, unsanitary, and squalid living conditions. Poorly constructed, blackened dwellings were crammed together, forcing out natural light, thus creating gloomy streets and alleyways. Open sewers lined the narrow streets, strewn with carcasses of dead animals, where rats commonly scurried about uninterrupted.

Little children, or “street urchins,” ran through the muddy streets, skirting animal dung and dressed in tattered clothing. Women wore shapeless, faded dresses, grateful to have any clothes at all. People of all ages went to work but earned just enough money to survive.
The most notorious slum areas were situated in East London, which was dubbed darkest London. However, slums existed in other parts of London, as well. Some examples are the Devil's Acre near Westminster Abbey, Jacob's Island, and Pottery Lane in Notting Hill.
The only available drinking water came directly from the River Thames, whose water was hideously filthy and gave off a terrible stench. At times, the Thames was so dirty that the top layer of water became a thick, black scum.

Recognizing the rookeries’ dire situation, a Parliamentary Committee was set up in 1816 to discuss the problems of the London slums, and explore what could be done to ease their suffering. Professionals were called in to give evidence and to share their firsthand experiences of the rookeries.

One London doctor, William Blair, had this to say:
“Human beings, hogs, and dogs, were associated in the same habitations; and great heaps of dirt, in different quarters, may be found piled up in the streets. Another reason of their ill health is this, that some of the lower inhabitations have neither windows nor chimneys nor floors, and were so dark that I can scarcely see there at midday without a candle. I have actually gone into a ground floor bedroom, and could not find my patient without the light of a candle.”

Unfortunately, many believed the rookeries were a result of idleness, sin, and the wicked behavior of the lower classes. It wasn’t until the second half of the 19th century, that journalists and social researchers began rallying support for an immediate public action to improve the slums’ living conditions.

Slowly, they garnered support in Parliament, only after they argued convincingly that the slums were caused by unemployment, lack of access to education, poverty, and homelessness.

Despite their efforts, the higher social classes mostly overlooked the people residing in the rookeries, but I doubt those inhabitants dwelt on it for too long. They were just trying to stay alive for another day. 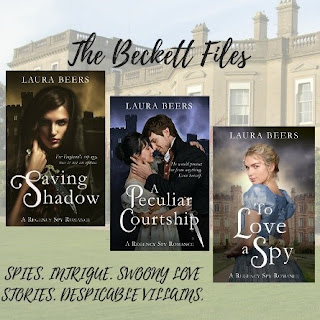 “Let the Punishment Fit the Crime”: Crime and Punishment for Peers in Regency England


Last month it was robber gangs, this month it’s more crime and punishment. But I was doing research on punishments for peers for my just finished WIP, and what I found was rather fascinating.

With the exceptions of treason and murder, peers could not be prosecuted for crimes. John Palmer, in his 1830 work entitled, “The Practice in the House of Lords, on appeals, writs of error and claims of peerage,” affirms that, with some exceptions, that peers and their widows and peeresses in their own right, are “protected from Arrest, in all Civil Suits, either in the first instance or after judgement…Nor are they liable to be attached for non-payment of money, though they are not exempt from attachment for not obeying the processes of the Court.” Apparently there was a process that allowed for someone to sue a peer for their debts, but it had to be done at the King’s Bench or before the King’s Justices in Westminister. The caveat was, the peer in question had to be present in the court. And although you could, theoretically, get a court summons to compel the peer to appear, practically it just wouldn’t happen.

After 1547 if peers or peeresses were convicted of a misdemeanor crime, such as non-payment of a debt, they could claim “privilege of peerage,” if they had no prior convictions and escape punishment. This privilege was invoked five times, and finally abolished in 1841.

Peers could, however, be prosecuted and convicted of the crimes of treason and murder. The most famous murder trial of a peer may have been that of Laurence Shirley, 4th Earl Ferrers, tried and convicted of murder of his land-steward during an argument. Ferrers went to the gallows at Tyburn on May 5, 1760, the last peer to die so. 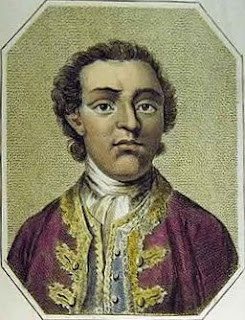 Other punishments, even more severe, could be meted out to peers. If a noble was found guilty of treason or murder, he would be served with a bill of attainder, an act of legislature that declared the peer guilty of his crime and affixing him with the verdict of “corruption of blood,” a metaphorical stain on the peer, whereby he would lose not only his life, but his property and titles, for it stripped him of the right to pass them on to his family or heirs. They instead reverted to the crown, rendering the titles extinct.

The peerage may have had its privileges, however, no one was completely free from the long arm of the law.