NOTE: *This post was originally scheduled for March, but I made a mistake in scheduling it and it ended up as a draft. So here is my research on robber gangs in Regency England*

When I began writing my most Regency romance, To Woo A Wicked Widow, I came upon a scene in which my hero needed a reason to be recalled to his primary estate in Kent. It needed to be a grave enough reason that he would put off wooing his particular widow to attend to it. So I began researching crime in 1816 Regency England to see what might indeed be a viable plot point. 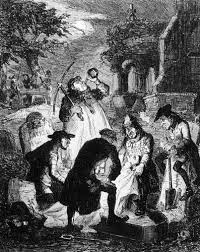 What I discovered was that by the summer of 1816, there were a lot of very desperate men in England. The end of the Napoleonic wars with the Battle of Waterloo in 1815 had resulted in “discharged sailors and disbanded militia-men” returning to the private sector to find themselves without any means of supporting themselves or their families. The “exhaustion of British capital, the unavoidable consequences of the weight of taxation, the depression of agricultural stock, the want of markets for native and colonial produce, had produced that paralysis of industry which marked the latter months of 1815 and the beginning of 1816.” And as there was a surplus of labor in every corner of the country, many of the disenfranchised abandoned their homes and fled to the city, only to encounter a similar dearth of employment.

The result was a “rebellion of the belly” a term coined by Francis Bacon, in which these disenfranchised men took matters into their own hands in order to feed themselves. Workers following “General Ludd,” called Luddites, went around England smashing machinery, especially in textile manufactories, trying to save their jobs.

Instances of burglaries and highway robbery rose during this period, despite the harsh sentence meted out by the English courts of death by hanging for these crimes. Even petty thievery carried this sentence, so that not even children of less than ten years of age were spared. Still the crime rate rose substantially in 1816.

With all these facts and statistics running around my head, I came up with the idea that a gang of robbers (disenfranchised sailors and soldiers with a few agricultural workers) had been terrorizing the neighboring county and now had moved into Kent to rob the hero’s tenant farmers. A neat fit with the landscape of unrest in England in 1816.

If you’d like to read about my robber gang in action, To Woo A Wicked Widow is available in print and e-book at Amazon, B&N, and iTunes. 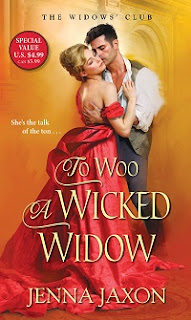