The Bomb of Hiroshima

On 8th October 1968, the people in Japan started their day exalted by the news that had travelled the night before all the way from Sweden to the Far East–the novelist Yasunari Kawabata had been awarded the Nobel Prize for Literature–he was the first Japanese person to receive such a distinction.
Kawabata’s books have enjoyed broad international appeal and are still widely read. Amongst them we can underline “The Snow Country (1937)”, “The Old Capital (1962)”, “The Scarlet Gang of Asakusa (1929)” and many others.
Though one of his works, which I liked best whilst disliking it mostly is the “Senbatzuru”–translated into English as “Thousand Cranes”. The novel is set in Japan after the Second World War and the tea ceremony plays the role of characters’ connector and wheeler-dealer of the plot. A love quadrangle transcends two generations, moving zigzaggedly from the father to the mistress, then from the mistress to his son, later from the son to her daughter.


However, what I wish to emphasise and give some depth to, is the word “Senbatzuru”. Tsuru (becomes tzuru with the liaison), or crane, is the most sacred bird of Japan. They appear often in the narratives of mythological books, fables and folk stories.
Combine the holy bird with the Japanese quintessential art of folding paper into decorative figures­–the origami, and we get to the millenary myth that if you fold a thousand crane origami, a wish will be granted to you by the gods–the Senbatzuru.
It was in this belief that the twelve-year-old Sadako Sasaki started the undertaking of crafting one thousand tsuru origami in her hospital room.
Sadako was born in Hiroshima in 1943. She was two years old when the atomic bomb was dropped on Hiroshima on August 6, 1945. The blast blew her out of the window of her house, but she survived. She went on to lead a normal life, excelling in sports and in school. But the exposure to the radiation of the atomic bomb eventually caught up with her and she developed leukaemia. In February 1955 she was hospitalised with swellings on her neck and behind her ears and purpuras formed in her legs. The doctors gave her one year to live.
Yet Sadako clung on to the Senbatzuru hope… she wanted to live. Night and day her tiny hands folded the holy bird in the loneliness of her hospital bedroom. 101…, 102…, 103…

It was a race against time.
When she ran out of paper, she used medicine wrappings, scavenged the garbage for any sort of paper sheets, went to the rooms of other inpatients to ask for the wrapping papers of the presents they were given and straighten them to fold origami, 445…, 446…, 447…

Regrettably, she ran out of time…
Upon her death, she had crafted 644 tsuru. Her classmates crafted the remaining 356 and she was buried with the thousand crane origami, and with them, her hope…
In 1958, a statue of Sadako holding a golden crane was unveiled in the Hiroshima Peace Memorial Park. At the foot of the statue is a plaque that reads: "This is our cry. This is our prayer. Peace in the world."
The culture of Senbatzuru is spread today around the world. Specially in schools, children craft them as a symbol of peace and hope.

Cristian Marianciuc from Romania is an enthusiastic origami crafter. Below are some examples of his creation. Four years ago, he started a creative project which involved the folding and decorating of an origami crane every single day for 1000 days. It was his personal attempt to deal with depression and exercise his creativity. 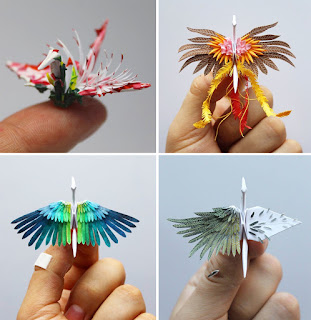 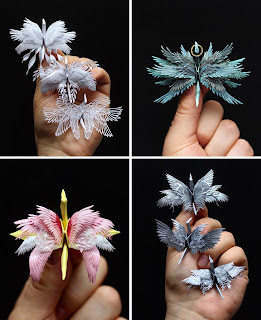 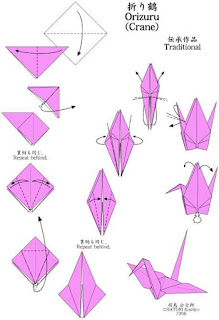 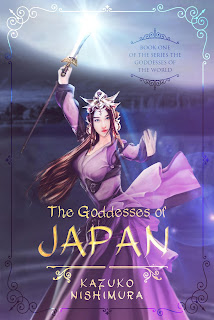