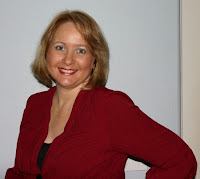 The Court of St. James


Among the many surprises this American author uncovered while researching was the fact that Buckingham Palace has only been the royal residence since 1837. The familiar image of that sprawling palace of grey stone with stoic guards standing at attention is indelibly etched upon my brain. In a country where traditions hold for centuries and structures erected hundreds of years ago are still occupied, it certainly is logical to think that Buckingham Palace has been the seat of power forever!

Once upon a time there was a hospital for leprous women dedicated to St. James the Less. The religious foundation, and home to nuns and brethren of the faith, happened to sit upon a wide expanse of stunning greensward. In 1531 Henry VIII set his covetous eyes on this area and, well it isn’t hard to fathom what he wanted! It was the year of his marriage to Anne Boleyn and his devotion to the church was waning – to say the least. In short order the hospital was destroyed and a manor house constructed. (Click on the images to enlarge them.)

Built of red brick in the Tudor style with turrets and a lofty gatehouse encompassing four courtyards, St. James’s Palace evolved over several decades. The dwelling place of Henry and his queen was modest compared to the later structure, but the original gateway remains intact today. State apartments faced St. James’s Park and the gardens. Receiving rooms, such as the Tapestry Room, Presence Chamber, Great Council chamber, drawing rooms, and the apartments dedicated to the Yeoman of the Guard, were noted to be spacious and commodious, but not particularly imposing or elegant compared to most royal palaces. A number of private residences were built along Pall Mall and the adjacent land, all part of the Court itself, to house the aristocracy, royal dowagers, visiting nobility, and Lord Chamberlain.

Henry VIII divided his time between St. James, Westminster, and Whitehall, as well as numerous country abodes. The vast woodland and fields surrounding St. James were teaming with game and offered everything the outdoorsy Henry and his queens loved. In his lifetime court was primarily held at Whitehall, which was the seat of administration until destroyed by fire in 1698, but as the decades proceeded St. James’s Palace grew steadily in importance. William III moved permanently into St. James’s Palace and transferred the administrative center of the monarchy as well.

For nearly three hundred years the Court of St. James was the defining English Court. Every monarch lived there at least part of the time, a plethora of historical events occurred there, monumental decisions were made, and anyone of any importance was brought to the Court of St. James to be presented to the ruling monarch. Levees for men and drawing-rooms for women were highly formalized affairs, absolutely necessary, and the origin of proscribed fashion for all of Society.

All three of the Georges dwelt principally at St. James’s Palace. However, a severe fire in 1809 destroyed a large portion of the palace. It was rebuilt, but never managed to regain its past glory. In 1761 George III purchased Buckingham House as a private residence for Queen Charlotte. When the Prince Regent began his rule he also began the process of remodeling Buckingham House. His favorite architect, the famous John Nash, was enlisted to transform the manor into a palace. It was a job requiring over 10 years, several architects, two kings, and a staggering amount of money to accomplish. Finally, in 1837, Buckingham Palace was complete enough for Queen Victoria to transfer the royal residence.

Today the Court of St. James is the regimental headquarters of the sovereign’s guard, is where all visiting dignitaries are officia

lly accredited, where each monarch is proclaimed, and where all formal ceremonies and receptions are performed. It remains the official administrative seat of the monarchy to this day. Royal christenings and marriages are still held in the Chapel Royal. I suppose that means some traditions are continuing in our ever-changing world. Rather comforting, isn’t it?

If your interest is piqued, this article has a ton of fascinating history with quotes from historic documents, all pertaining to St. James’s Palace: http://www.british-history.ac.uk/report.aspx?compid=45186

In my fourth novel, Romancing Mr. Darcy, due for release in October 2010, Georgiana and Lizzy Darcy are presented to the Prince Regent in a chapter that vividly details the extravaganza as it would have been. Something to look forward to! Thank you, Linda, for honoring me with a second appearance at Historical Hussies. It has been great fun and I hope your readers have enjoyed my mini-history lessons.

Sharon's previous blog at Historical Hussies is The Regency, A Time of Change.

**Sharon Lathan is the bestselling author of The Darcy Saga series, a sequel to Jane Austen’s Pride & Prejudice published b

y Sourcebooks. Mr. and Mrs. Fitzwilliam Darcy: Two Shall Become One, Loving Mr. Darcy: Journeys Beyond Pemberley, and My Dearest Mr. Darcy are available now in bookstores and online retailers. For more information about Sharon and her novels, come to her website: www.darcysaga.net
Posted by Linda Banche at 12:01 AM

Thanks Linda! It is great to be here. I do hope your readers enjoy this bit of history. I suppose they will or they probably wouldn't be coming here, right? LOL!

I gotta say it again: I love history!

Thanks so much for having me. :)

Thanks for the info. I asked DH (who is English) about St. James' Court and for some odd reason, he didn't seem that interested in the history of it. He'd also rather eat dirt than watch P&P ("not this again?!). :-)

OMG Dawn! That is hysterical! I cringed for a moment there as I feared your English hubby would say I got some fact wrong! LOL! I hope not. :)

My husband likes the movie, but not quite to the degree I do, so I can comprehend the attitude!

Oops! Just noted an error in my essay. Man I hate that!

It was Henry VIII who took over the leper hospital in 1531, NOT Henry III. I am sure that is obvious due to the mention of Anne Boleyn, but I wanted to clarify. So sorry!

Great info about the palaces. I admit I was a bit confused about it until I read your lovely post. Great job. I can't wait to read your Darcy novels!