Despite what readers sometimes encounters in historical romance novels, annulments and divorces in Regency England were not easy to obtain.

The idea that a couple could get their marriage annulled if they didn’t consummate it did not apply in Regency England, nor to my knowledge, at any time in England.

In truth, annulments in England in the 1800's were never easy, quick or painless. Consummation was not a requirement for marriage. However, a marriage could also be annulled if the husband were declared impotent.  According to Regency Researcher Nancy Mayer, a leading expert on all things Regency: "1820 Hilary Term Norton vs Seton Reports of Cases in Ecclesiastical Courts Philimore has a long discussion of people who succeeded and failed in their requests for nullity due to impotence. Inspectors of the husband's organ of regeneration were surgeons etc." So if one of the couple was impotent or incapable of sexual intercourse, they could ask for an annulment on those grounds but this had to be proven by a medical examination which few people would succumb to having (not to mention, they'd have to be willing to admit to this problem). During earlier eras, this was determined by "Trial by courtesan" a medieval concept that used a panel of three high-ranking courtesans to render judgment. By the Regency era, doctors, not courtesans, were used. If one party refused to consummate which was considered the same as impotency. This could also be determined if there were a visible physical abnormality.

There was one interesting case about a man who went through the embarrassment of being declared impotent and getting an annulment, then later married and had a child. Reportedly, one of the judges wanted to overturn the annulment, but another said that it was possible that a man could be aroused by one woman and not another. According to Ella Quinn: "This is [case is] listed in one of the comments in Haggard's or Philmore's reports on cases in the Ecclesiastical Courts." 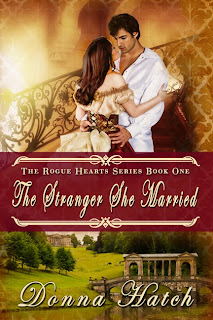 Marriages that could be annulled if they were invalid from the beginning. These included when either person was already married, when one of them was under age without proper permission, or if a person was insane or so feebleminded she did not know what she was doing. Some couples received an annulment due the following: errors in names or because the couple was too closely related and were prevented from marrying due to consanguinity.  Also, if one of them was deceived as to who he/she was marrying, that may be grounds for annulment. I used that as a potential loophole in The Stranger She Married because the hero wore a mask and wasn’t entirely honest about a great many things :-)

In the case of one of my favorite books/movies, Jane Eyre, the husband couldn't divorce his wife or annul the marriage because the wife was considered insane when she married. Her husband would have to prove she did not know what she was doing at the time she married. As he did not know there was anything wrong when they married (her symptoms did not fully develop until later) there were no grounds for annulment or divorce. The courts of England believed that insane people often had lucid intervals during which they could marry and would have known what they were doing, which means the marriage was valid.

If you've read a lot of  Regency romance novels, you've probably encountered some favorite plots in which a woman is forced to marry a man. In the novels, she usually learns to love him. However, even if she wanted out, she could not sue for annulment or divorce to due marriage under duress. Basically, the law says that she said her vows, she did not say no, and no one he was holding a gun on her during the ceremony.

If a woman’s marriage was annulled, she was reduced from the status of wife to concubine, and any children resulting from the union were illegitimate. Nice, huh? And worse, her husband was not required to support her or pay her alimony if their marriage were annulled.

In Regency England, there were two different actions called divorce. One was what today is called a legal separation because the people remained legally married. A man could decide to live apart from his wife if he wanted to but a wife had a harder time just deciding to live apart from her husband. He could have the sheriff force her to return to his house and bed. If they just decided to live apart, the wife had no protection and no claim on his financial support, but a legal separation required the man to pay alimony to the woman. If the woman had an affair from which children resulted, the legal separation protected the man from having to claim and support his wife's illegitimate children. Either way, husband and wife living apart was considered scandalous, especially for the wife—she usually had to curtail her social life. But it doesn't seem to have affected the man too much. It's that kind of double standard that takes some of the magic out of historicals, doesn't it? Plus, there was no way they could re-marry if they didn't get a divorce.

Divorce was expensive, messy, a huge hassle, and scandalous. Only the very wealthy and well-connected could get a divorce because nobody else could afford it, and it was never amiable. If a man sued for divorce on grounds that his wife was unfaithful, he had to sue his wife’s lover in regular court for crim.con (adultery) and collect damages. A man seeking divorce also had to sue for a church divorce which was separation from bed and board. Then, if he got the decision he wanted from these two different courts, he had to petition parliament for a bill of divorce. This was handled just like other bills with public arguments—with three readings and three votes. Court and filing fees all cost money. In a divorce action, the women is basically convicted of having committed adultery and so has no right to the children. A man could gain sole custody of the children and she may never see them.

No amount of money could get a couple a quiet divorce. All bills of divorce which reached were treated exactly as any other bill in that they were public and reported in the newspaper. The trials in church courts for annulment or divorce were also public. The cases were also collected and printed in reports of the courts. Divorces were in Church court and the Church still adhered to the belief that marriage was forever. For many, it was still a sacrament.

There was no way to save their reputations and have an annulment or a legal separation or a divorce.  I've heard of other authors having their characters divorce in foreign countries, such as revolutionary France, but I find the accuracy is suspicious. Even if it were true, the result would still be permanent scandal, at least in England.

So the next time you're reading a Regency romance novel where a married couple's troubles are so bad that you wonder why they don't give up and get a divorce or an annulment, now you know. And furthermore, they just didn't think that way. Until the last fifty years or so, marriage was a lifetime commitment, for better or worse. This forced them--at least in the romance novels--to work through their problems and find happiness together. In a way, I find that admirable. Yes, I'm a dreamer, but hey, it works for me. And I always believe in that all powerful happily ever after.


Thank you to Nancy Mayer,  April Kilstrom, Ella Quinn, and the members of the Beau Monde Regency RWA group for helping provide information for this post.

I ofttimes wonder if we shouldn't make it more difficult to get a divorce these days. To either a) make people think more carefully of marriage and b) force people to have to work things out.

But really, I don't want it hard for those people that need to get out of a bad situation either.

Don’t spend another minute fighting with your spouse in pointless
passive aggressive behavior. This solution will set your mind
at ease once and for all.

There’s a simple, paint by numbers formula for saving your marriage
and it can be working for you in less than an hour.

Take back your relationship AND your life!

Secret to Marriage Reconciliation – Take Back Your Life

Talk to you soon,

My Name is Mark Schwartz.I will love to share my testimony to all the people in the forum cos i never thought i will have my girlfriend back and she means so much to me..The girl i want to get marry to left me 4 weeks to our wedding for another man..,When i called her she never picked my calls,She deleted me on her Facebook and she changed her Facebook status from married to Single...when i went to her to her place of work she told her boss she never want to see me..I lost my job as a result of this cos i cant get myself anymore,my life was upside down and everything did not go smooth with my life...I tried all i could do to have her back to all did not work out until i met a Man when i Travel to Africa to execute some business have been developing some years back..I told him my problem and all have passed through in getting her back and how i lost my job...he told me he gonna help me...i don't believe that in the first place.but he swore he will help me out and he told me the reason why my girlfriend left me and also told me some hidden secrets.i was amazed when i heard that from him..he said he will cast a spell for me and i will see the results in the next couple of days..then i travel back to US the following day and i called him when i got home and he said he's busy casting those spells and he has bought all the materials needed for the spells,he said am gonna see positive results in the next 2 days that is Thursday...My girlfriend called me at exactly 12:35pm on Thursday and apologies for all she had done thanks be to Great Matatan a powerful spell of (  matatanspell@yahoo.com .  )

Spell to fix your broken marriage or relationship problem or after a divorce or Breakup,I was recently scam by two of them, until one faithful day i meet a man called Dr Oselumen who help me to get back to the father of my kid after we have been separated for two years,I only pay for the items required for the spell and he cast the spell for me within 24hours my ex husband called me and beg me to forgive him for everything until the end of the world he will never leave me again we are together.if you need a real and quick love spell or you are passing through pregnancy problem Dr Oselumen is the answer, Pleas e if any body needs. LOVE SPELL,LOTTERY,PREGNANCY SPELL, DIVORCE SPELL,STOP COURT CASE AND WIN ANY COURT PROBLEM,DEATH SPELL,BUSINESS SPELL AND MANY MORE YOU MAY NEED. Email him now for your own help. via email droselumen@gmail. com add him on whatsapp line or call +2348054265852.