What does it take to be a Pinkerton Agent in the late 1800’s?  These agents need to be brave, strong, tender, and true. They were relentless, incorruptible, driven, persistent, dedicated, and trusted. They were responsible for catching many outlaws like Jesse James, the James-Younger Gang, the Dalton Brothers, Butch Cassidy & The Wild Bunch, to name a few. They were the ones who started detective agencies in the USA. 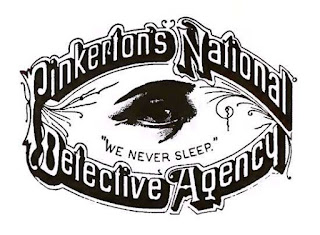 Kate Warne was the first female agent that Allan Pinkerton hired. In 1856, there was no such thing as a woman detective.  Allan Pinkerton almost didn’t hire her, but she argued her point, stating that women could be “most useful in worming out secrets in many places which would be impossible for a male detective.”  (quote from Wikipedia) Kate reasoned that women would be able to make friends with wives, daughters, girlfriends of suspected criminals and get information better than a man could.

Learning about Kate Warne has opened several plot ideas about women detectives in 1800's America, and my mind is spinning with excitement. If you’ve read some of my books, you’ll know how I love a good suspense / mystery. 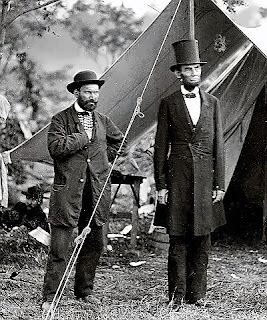 Just recently, I have joined with 11 other authors who have formed a group about Pinkerton Agents. The series is called, “The Pinkerton Matchmaker”. The stories in this series will be released starting in October 2018.  So far I have two stories in this series: An Agent for Cecily, and An Agent for Evelyn. The authors who are part of this series are awesome writers and fun to work with.  If you love reading a good historical suspense / mystery romance, you'll need to join our reader's group on Facebook - https://www.facebook.com/groups/207869190071542/ 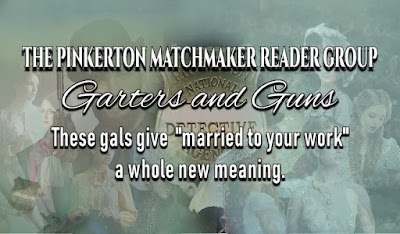 Author’s Bio
Marie Higgins is a best-selling author of Christian and sweet romance novels; from refined bad-boy heroes who make your heart melt to the feisty heroines who somehow manage to love them regardless of their faults. She has 51 heartwarming on-the-edge-of-your-seat stories and has broadened her readership by writing mystery/suspense, humor, time-travel, paranormal, along with her love for historical romances. Her readers have dubbed her "Queen of Tease", because of all her twists and unexpected endings.
Visit her website to discover more about her – https://authormariehiggins.wixsite.com/romance
Find her on Facebook – http://www.facebook.com/marie.higgins.7543
And Twitter – https://twitter.com/mariehigginsXOX
REFERENCES USED:

Posted by Marie Higgins at 2:00 AM

Wonderful post. I'm excited to be part of the writing group with you Marie.

Thanks, Marianne! I really think this series is going to get a lot of attention.