Sweets to the Regency Sweet by Jenna Jaxon

For Valentine’s Day, I thought a post on Regency sweets might be appropriate, as sweets are the most popular love offering in our day and age. They were also quite popular in the early 1800s.

Sweetmeats (meaning “sweet food’) were immensely popular in the Regency period, and one of the few gifts a gentleman could, without fear of reproach, give to a lady to whom he was not betrothed. Apparently the theory was that as candy was perishable, it left no obligation on the lady to accept the gentleman’s advances.

Regency sweets came in a variety of shapes and flavors, as do ours today. 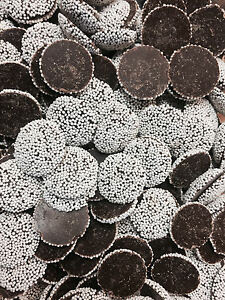 Chocolate—A great favorite of the Regency period. Whether it was consumed as drinking chocolate, or eaten as small tabs of bittersweet chocolate covered in nonpareils, chocolate was enjoyed all through the era.

Licorice—originally used as a medicine, licorice was improved upon by the addition of sugar, then sold in bags of lozenges as a candy. It was also used in Pontefract Cakes, where a disc of licorice was sweetened and stamped with a castle.

Marzipan—this sweet treat began in the late Middle Ages in England and was made from ground almonds, sugar, and rose water. It could 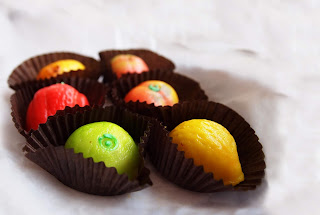 be molded to look like anything at all—food, fruit, nuts, people, castles. The results were often spectacular. 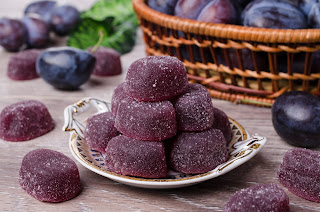 Sugar plums—weren’t necessarily plums at all, but could be any combination of dried fruit layered with thick sugar until a hard shell formed.

Turkish Delight—another confection based on a gel of starch and sugar. Usually chopped dates, pistachios, and hazelnuts are bound by the gel and often cut into squares and dusted with powdered sugar.

Peppermint sticks—yep, just like the ones we have now as a cane at Christmas. Peppermint oil and sugar boiled together. It’s origin is German!

In addition to these candies, of course, are all manner of sweet cakes, pies, mysterious things like flummery, and ices (ice cream).
If you’re interested in celebrating Valentine’s Day a la the Regency period, try your hand at creating some of these delicious, interesting, or downright awful sounding confections!

If you're trying hard to lose fat then you absolutely have to jump on this brand new custom keto plan.

To design this service, certified nutritionists, fitness couches, and professional cooks have united to provide keto meal plans that are powerful, painless, cost-efficient, and satisfying.

Since their first launch in January 2019, 100's of individuals have already completely transformed their body and well-being with the benefits a smart keto plan can provide.

Speaking of benefits: in this link, you'll discover 8 scientifically-confirmed ones provided by the keto plan.